Things to do in NYC in July & Weather

In July, schools are out for summer and New Yorkers take advantage of the many public events. On July 4th, Independence Day, Macy’s hosts fireworks on the East River. July is also about outdoor live music and food. If you want to see the best eaters on the planet head to Coney Island for Nathan’s July 4th Hot Dog eating contest. The current record is 76 in 10 minutes. But feel free to just eat a couple when you visit.

Hot dogs are traditional but you can also find culinary innovations at Smorgasburg, a large rotating open-air food market with over 100 vendors. On Saturday night is another food event, the Queens Night Market,  with international street food that reflects Queens, the most diverse place in the world. Some of the stalls at these markets have gone on to form hugely successful brick and mortar locations. And lastly, at the end of the month starts restaurant week, with discounts at many of the city’s top restaurants.

July in New York also offers outdoor music and dancing. Go to Long Island City, Queens for the “Warm Up” on Saturdays. The courtyard of MOMA PS1, has a lineup of DJs throughout the day. Admission also gets entrance to the contemporary museum itself. If electronic music isn’t your thing, Lincoln Center hosts Midsummer Night Swing, outdoor dance parties with Jazz and Salsa. And there are many free concerts throughout the city.

And don’t forget to take a private Streetwise New York tour. A professional local guide can give you real insights into local life and history of New York’s different neighborhoods, adjusting the tour to your interests and pace.

See our full list of things to do in New York in July below! If you’re considering coming to New York another month, check out our guide, “When is the best time to come to New York?” 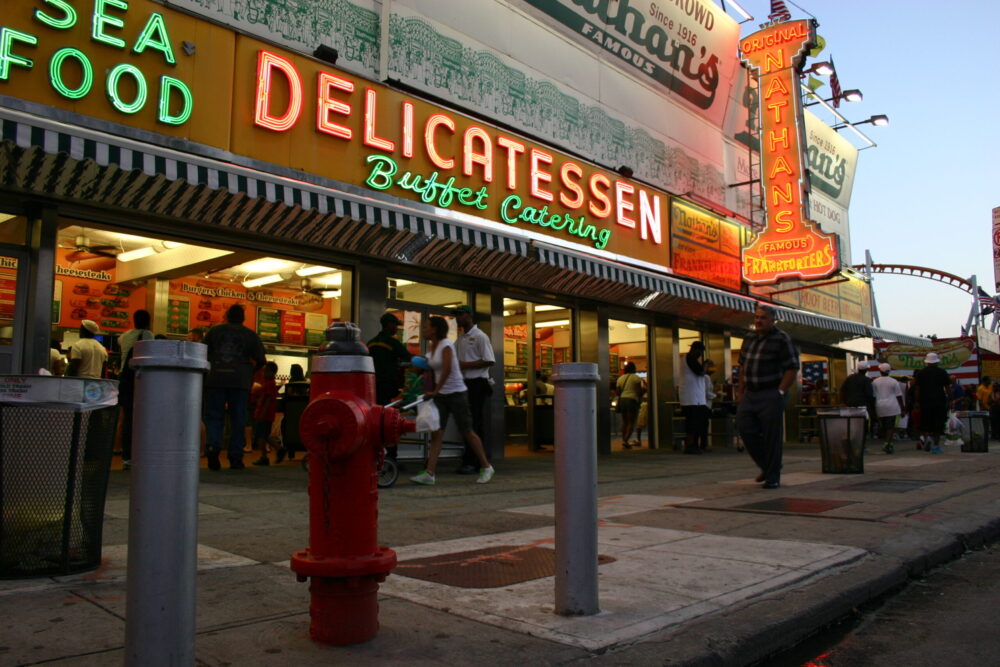 Nathan’s is a classic Coney Island destination. It is home to the world-famous hot dog eating contest on July 4th.

July is the hottest month in New York. The average high temperature is 84F (29C), but the temperature 20 percent of the days will reach over 90F (32C) and occasionally it will reach 95F (35C). At night, the temperature drops somewhat to 69F (20C). While New York’s winters resemble Canada, the summer’s resemble the Caribbean. The relative humidity is normally above 60 percent, which makes the city feel even hotter, night and day.

On average, it rains eight days a month in July. But often in the summer, that means just passing afternoon thunderstorms. Sometimes the weather forecast has chances of rain for an entire week, but it won’t rain every day. And if it does it is often heavy rain for a short period of minutes.

How to pack for New York in July

You should pack summer clothing. A mix of shorts and t-shirts, plus a couple of longer pants/skirts and long sleeves. Even on the hottest days, carrying a light sweater is smart as stores, museums, and the subway tend to over-utilize air conditioning. Most likely, your hotel won’t have a pool, but if you plan on going to the beach, bring your bathing suit.

And don’t forget your sunscreen and sunglasses but be prepared for late afternoon thunderstorms with a rain jacket and umbrella.

What to do in New York in July

This is a list of seasonal activities and July specific events and deals. Take advantage of coming to New York in the summer! 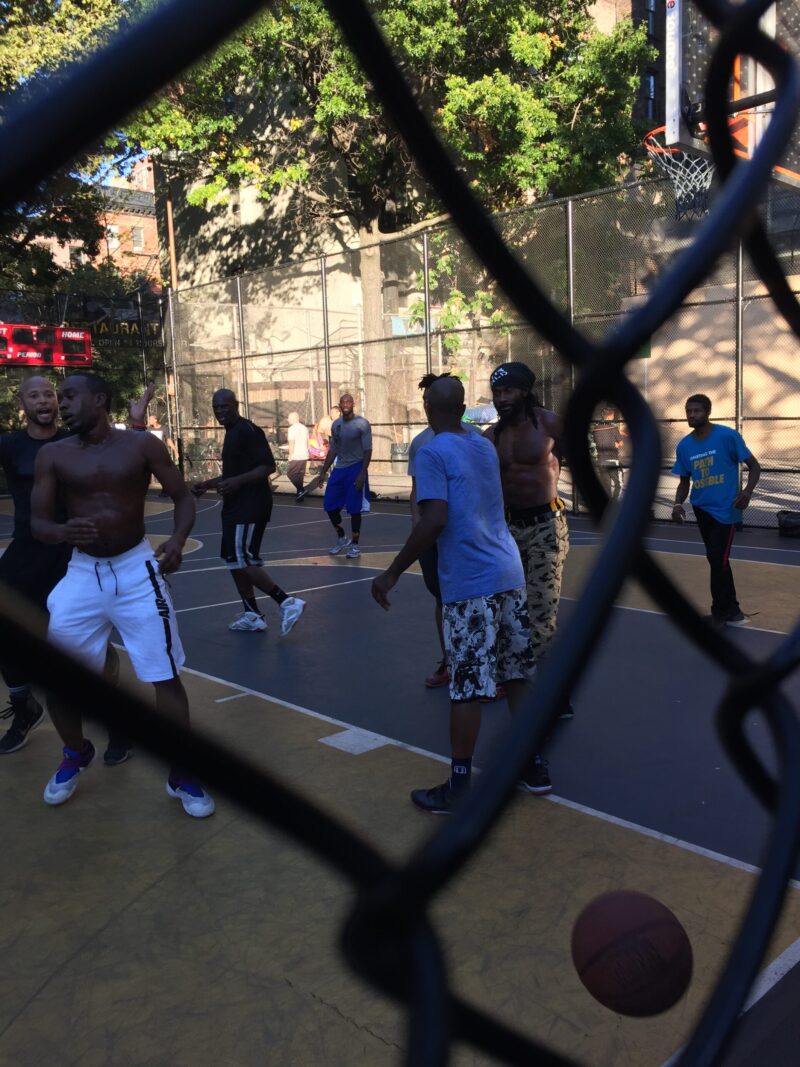 Basketball game at West Fourth Street, “The Cage.” In July you can watch their famous tournament or pick up games.

Have any questions about traveling to New York in July? Or about tours with Streetwise New York? Contact us!